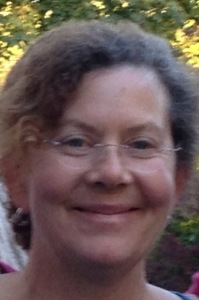 ….When I am near death, perhaps I, too, will find myself alone and perhaps that will even be my preference. I cannot really know. But I am aware that I treasure my privileged final moments with my father and grandmother especially. There was a translucence that came over my grandmother’s face in the late winter afternoon of her last day, not unlike the light and glee of baby Duncan’s eyes, not unlike the pearlescent color of tulip petals before they drop.

I invited several of Grandma’s long-time nurses and nurses aides — Jo-Ellen, Doris and Mary — to join me in a short bedside goodbye with Lin Peyton, the Episcopal minister who came despite the previous day’s snowstorm. We all held hands in a circle with Grandma and sang “Ubi Caritas Et Amor” as a round which celebrates that where there is love, there is God. Lin blessed Grandma and Grandma, succumbing at age 99, nodded her appreciation. Later, I played Faure and other music until Dot, her devoted roommate, said, “That’s enough for me, dear” and went to dinner.

I shared some of the most memorable and intimate conversations with my father in his last days as his petite Calla lilies with their pink edgings bloomed in a shaded corner of the yard in Westfield.

“Are you afraid? What are you feeling?” I asked after the radiologist came to announce they were suspending treatments that began four years ago.

“I wasn’t religious like your mother,” he replied, expressing his uncertainty about what lay ahead. Somehow, out of nowhere, I reminded him that he had been a gardener. Doesn’t this require faith, I asked, suggesting that perhaps life and death were a lot like his beloved amaryllis plants whose long green rabbit ears lined his greenhouse shelf.

“Perhaps we get to keep trying for a big bloom, one life after another, going back to God and trying again,” I said, sounding like a Hindu without much understanding of this ancient faith.

“I don’t know,” my tired and very thin father sighed. “But I’ll try to let you know, kid,” he said, smiling and squeezing his large, calloused gardening hands over mine.

We brought all of those amaryllis plants and so many other things from the big house in New Jersey to Maine at the end of that summer, too many of them relegated to the basement for years but slowly finding a place in our lives and the girls‘ adult nests. I cut the leaves back and left Dad’s amaryllis bulbs in the darkness downstairs, hoping to force them to bloom during the winter but forgetting.

Many months later as another summer began, I went down the unpainted wooden steps to the basement in search of something else, taking in the familiar mustiness of old brick and gardening hoses, when I found them again. The unwatered new stalks were arching and craning their necks towards what little light they could find near the house’s exposed rock foundation. Once delivered to my kitchen counter, the amaryllis stalks straightened quickly in the natural sunlight and blooms burst open dramatically, ruffled pinwheels of pink and white, orange and red. Then I remembered. Tomorrow would be the first anniversary of Dad’s death! Each bloom said my Dad’s spirit was alive, well and still present with me in some mysterious way. He kept his promise.