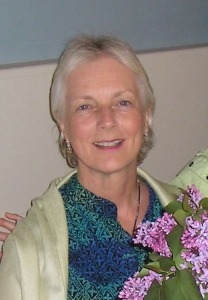 I want to bless you with a story of Gunder Hangaard, my grandfather, your great-grandfather, who was born in Rendalen Norway in 1862. The Civil War was raging in the US, but for Gunder in Norway, there was no war, only hunger. Gunder and his brother Martin, were orphaned as young boys, and went to live with their uncle in a tiny shack. Gunder spent his summers herding goats in the mountains where there was an abundance of milk, cheese, and wild berries. During the near-Arctic snowfalls that lasted from late September through early May, he slept in the barn.

The boys immigrated to Minnesota when they were younger than you are now. Alone. No money. No parents. Gunder met and married Emilie Anderson, a 17-year old immigrant, who was an unwed mother with a son. Emilie bore Gunder seven more sons and also five daughters. Together they created a farm out of swamp and prairie, rocks and trees, on land that the US government had just taken from the Anisinabe.

I was about to write that the story of Emilie and Gunder has a happy ending, but then realized that it hasn’t ended. You are continuing the story. Emilie and Gunder Hangaard were immigrant children, just like you. They created farms, roads, schools, churches and cemeteries with neighbors, also immigrants, but these neighbors looked just like them. In Hangaard Township, the odd-man-out was Bill Austin. Bill was an Englishman, who was handsome and bright, but he wasn’t a Lutheran and because he didn’t go to church, everyone felt sorry for his Norwegian wife, Lily.

You don’t blend into Maine quite the way your great-grandparents blended into Minnesota. Your task is to fit into a family created by your white, middle class, educated Jewish father and your Mom, whose main spiritual practice is yoga. We didn’t belong to a church or synagogue, so neighbors and teachers, Scout leaders and soccer coaches and kids became your community. Some kids ignored your Asian features; others taunted you for being adopted. “Why don’t you look like your parents? Are they really your parents? They look like they could be your grandparents!”

Well, we could have been your grandparents, but generations are long in our family. My mother was 39 years older than her youngest child, her mother was 43 years older, and I was 47. It’s a family tradition!

You didn’t choose your birth parents, no one does. But you experienced a second big not-choosing: You were brought here by your adoptive father and me. It’s hard for me to imagine how the world looks to you. I was born in the US, and lived here all my life, surrounded by people who look quite a lot like me. Perhaps the closest I can come is how it feels for me to live in the digital world of the 21st century. The world has shrunk. The pace has quickened. Facebook and the Internet have blurred the lines between people and places, friends and strangers.

At 19 and 22 years of age, finally choices are opening up to you. You can choose whether to embrace our family’s spiritual legacies, or go searching in Asia for your ancestral spiritual roots, or shrug it all off and take the Spiritual-But-Not-Religious approach to life. You finally get to choose your life.

Already I see that nature, art and music are gateways to the transcendent for each of you, my children. So, perhaps, are stories. The story of your great-grandfather, Gunder Hangaard, is a story of immigration and adoption, much like yours.

By the time Gunder and Emilie died, they had children and grandchildren who were living in Minnesota, Wisconsin, Illinois, Idaho and Washington state and who had married into English, Irish, Jewish and Polish tribes. Now their great-grandchildren include Asians, blacks and natives of both North and South America. They are all Gunder’s descendants, just like you.

My wish for you is that your life in this digital New World will open up like it did for Gunder, and that you will have his eye for a good mate, a child in need, and a workable plot of land — whatever that will mean in the 21st century.

Meet the next writer.→