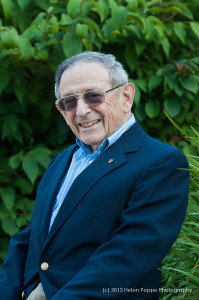 I was only 15, and very apprehensive about my future social environment at Rensselaer Polytechnic Institute.

The freshman coursework was easy since I graduated from a very difficult, competitive, academic, magnet high school in New York City with high grades.

All the other Freshmen were at least three years older and more socially advanced than me. I had to seek “dates” from the local high schools — it was exceedingly stressful.

The two freshman math courses were almost total repeat of those I had already gotten A’s in my senior year in high school.

Our neighbors across the hall in the freshman dorms included one very serious anti-semite. After some bitter run-ins, I never spoke with him again except for a passing hello on graduation day. He was the only openly anti-semi I ever encountered at RPI. The faculty were impeccable.

One Sunday in December 1941, after lunch in the freshman dining hall (coat and tie required), someone shouted out an upstairs dorm window: “the Japs have just attacked Pearl Harbor.” I wrote to my father, a World War I Navy veteran, that we would blow them away in a few months. My worldview at the time was rather limited.

One of the Jewish fraternities saved my life by taking me under their wing and giving me some peace and security. I could not meet the eyesight requirements for the Naval ROTC on campus; but we all had to run the combat obstacle course daily. It included the traditional barbed wire crawl the 8 ft. wall and the one-mile run. It took a few tries to manage the 8 ft. wall: easy for six footer, but I was only 5’6″.

All the older guys went to war my sophomore year, and I was left to become the Fraternity President. I never knew what happened to those classmates in the war until we met for our fiftieth anniversary. Except for my assigned “big brother” who was shot out of the sky in the Philippines as an artillery observer, all survived including my sophomore roommate who was a Combat Engineer.

The stress was so high socially that, in my senior year, it led to a serious ulcer that hospitalized me for two weeks. I missed final exams but the faculty allowed me, as “A” student to take them orally. I got all  “A’s”. And graduated #1 in Aeronautical Engineering. The real #1 was away in the Naval service.

A year later when the draft board summoned me for induction, my mother insisted that I take my medical records to the event. By then, age 18, I was working as an Aerodynamicist at the Glenn L. Martin Company near Baltimore, Maryland. The draft board deferred me, despite my appeal to the commanding officer. Had I been accepted, I would have been an infantry replacement for the Battle of the Bulge. Those losses were appalling. The life expectancy of an infantry replacement was about five days. The ulcer saved my life. You never know!!

At the Martin Co. we were designing and testing the XBTM – 1, the upgraded, carrier-based, dive-torpedo bomber which Bush – 1 would have flown against the main islands of Japan had not the war ended after the dropping of the two atomic bombs (we only had these two ready to go). I have always meant to write to him — and may still do so. As the war ended I went to MIT for my graduate studies. That’s another story.

Some years later, I did pass the USAF officer’s physical and qualified for a First Lieutenant commission!

Meet the next legacy writer.→