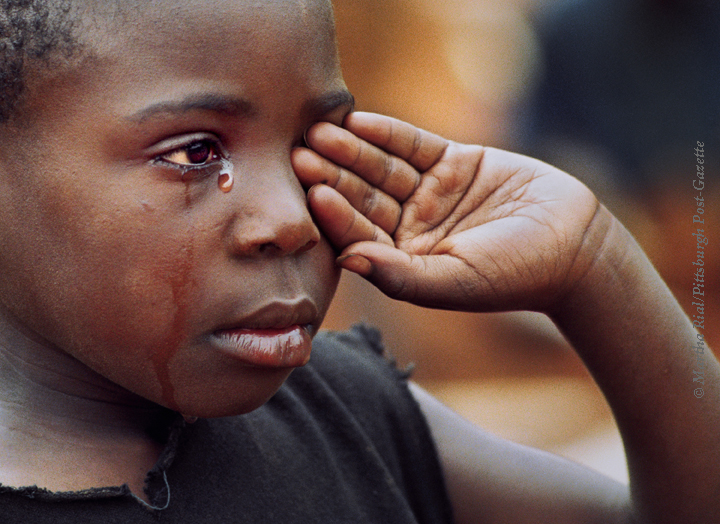 Artists Wielding Words & Images: Art as a Social Change Agent works to create social change through the use of visual and performing arts.

Martha Rial‘s Trek of Tears work earned the Pulitzer Prize for news photography. Her work has also been honored by the Scripps Howard Foundation, and the Pennsylvania Associated Press Managing Editors’ Association. She also won the National Headliner Award and was named Pennsylvania News Photographer of the Year. In addition to independent projects, Martha teaches documentary photography at Carnegie Mellon University and the Chautauqua Institution.

D. M. Witman is a visual artist, explorer, and teacher, who works in photographic media. Her studio practice is deeply rooted in ideas of ephemerality, biology, and synergy. She holds an MFA in Photography from Maine Media College and a BS in Environmental Science from Kutztown University, and currently teaches at Unity College and Maine Media Workshops + College.

Donna Loring’s book, In the Shadow of the Eagle, documents her struggle to create and secure passage of Maine law providing education for Maine schoolchildren about the Wabanaki people. She is a tribal member of the Penobscot Nation and President of Seven Eagles Media, whose mission is to forge a pathway for vision and voice of Native People through video documentaries, performing arts and multimedia. Loring was Tribal Representative to the Maine State Legislature for over a decade and adviser to former Governor Angus King on Women Veterans Affairs. Donna’s work has been recognized by the University of Maine with the Mary Hartman award, and the University of New England has honored her with the Deborah Morton award and by establishing a lecture series in her name. The University of New England also houses her papers within its Maine Women Writers Collection.

Ellen Meeropol’s two novels, On Hurricane Island and House Arrest, explore themes that balance on the fault line between political turmoil and human connection. A Stonecoast graduate and self-described literary late bloomer, she is a former nurse practitioner and part-time bookseller. Elli’s third novel is forthcoming in 2017. She is married to the younger son of Julius and Ethel Rosenberg.

Shonna Humphrey is a Maine writer whose nonfiction has appeared in The New York Times, The Atlantic, and Salon. Her debut novel, Show Me Good Land, was a 2012 VCU Cabell Award semi-finalist. Shonna’s essay, published in Salon, “My husband was abused as a choirboy: Why doesn’t ‘Boychoir’ tell his story?” was written in response to a 2014 film starring Dustin Hoffman and Kathy Bates, and it began a legal tangle between the author and the film’s Hollywood production company. Although publicized widely as inspired by the prestigious American Boychoir School, where her husband was abused as a student, the film makes no mention of the school’s longstanding reputation for decades of child sex abuse and bills itself as a feel-good, inspirational family film. While distributed widely internationally, “Boychoir” experienced a very limited release in the United States. Shonna’s memoir Dirt Roads and Diner Pie: one couple’s road trip with child sex abuse (Central Recovery Press) is scheduled for publication on August 9, 2016.

Asherah Cinnamon is an international award winning, contemporary sculptor, installation/performance artist, and creative educator, whose work explores avenues of healing, both personal and planetary, and invites broad public interaction and involvement with her projects. She received the New England United Methodist Award for Social Justice Actions and the Five Rings Award for Olympic Landscape.

Helen Peppe is author of the award-winning memoir Pigs Can’t Swim, and is an internationally known equine photographer, earning awards and recognition for her photography, writing, and her rescue work with animals. Published in Practical Horseman, Equus, Dog Fancy, Dog World, and many other animal and literary themed publications, Helen holds an M.F.A in creative writing, teaches both writing and photography privately, at national conferences, graduate residencies, and academic workshops. Her second memoir, Forever Home, will appear in 2017.

Jennifer O’Connell serves as the Community Outreach Coordinator for USM’s Stonecoast MFA in Creative Writing Program, teaching social justice writing workshops with the King Fellows.  Her forthcoming book, Finding Petronella, (findingpetronella.com) traces Jenny’s solo trek across Finland in the footsteps of Lappish legend Petronella Van der Moer; a journey which earned her the 2014 Lappish Gold Prospectors Association Deed of the Year Award.  When she is not writing, Jenny can be found leading wilderness and international adventure trips with students, playing music, and coordinating flash mobs around the country.  Jenny will receive her MFA in Creative Nonfiction from Stonecoast in 2017. 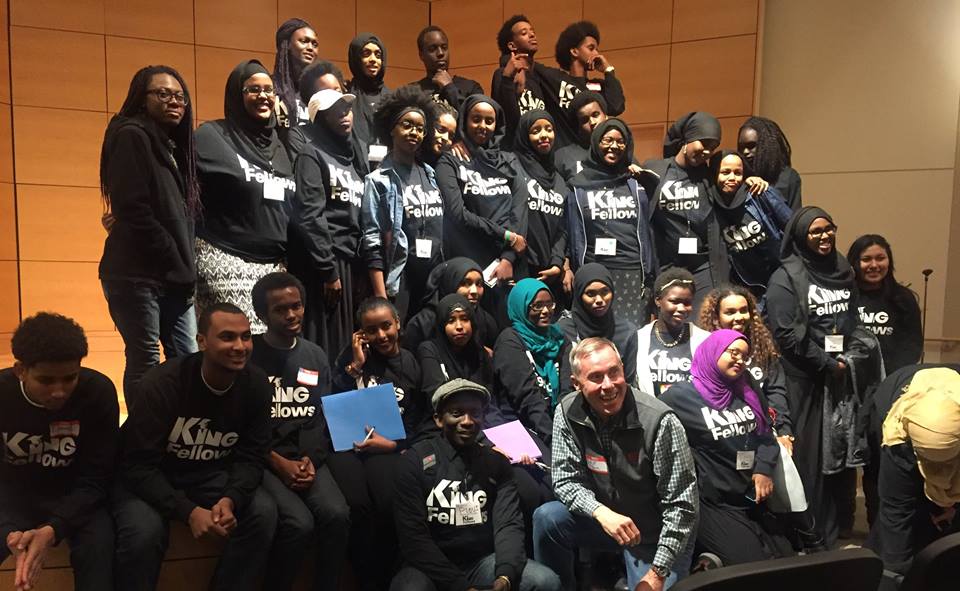 The King Fellows youth artists come to Artists Wielding Words and Images to share their work and experience in a yearlong social justice writing series sponsored by Stonecoast MFA in Creative Writing, and led by Jenny O’Connell.  The King Fellows are a student-centered group with the mission to advance racial equity and social justice in the Greater Portland area.  Based on the philosophy and legacy of Dr. Martin Luther King, Jr., the Fellows are dedicated to the elimination of all forms of oppression and structural racism historically rooted in our social, political, educational and economic systems.  The King Fellows reach hundreds of students and educators annually through summits, events, collaborative creative projects, and individual organizing within their communities.

Chath pierSath came to the United States from Cambodia as a refugee in 1981, at the age of ten. He is an accomplished self-taught artist whose paintings were featured at the inaugural PEN/New England’s Writing and Trauma Summit (November 2015). Chath will be painting, writing, and teaching the children in his village in Cambodia throughout 2016. We are honored to feature his paintings in a rotating slideshow at the educational forum.

Meg Weston has been President of Maine Media Workshops + College since 2012. She has served in various roles in business, media and education, including: President/CEO of the University of Southern Maine Foundation and VP of Advancement for USM, President of the Portland Press Herald and Maine Sunday Telegram, President/COO of the U.S. photofinishing operations of Konica Corporation, and President/CEO of an Israeli digital imaging start-up called PrintLife. Meg served two terms as a gubernatorial appointment to the University System Board of Trustees, was Chair of the Board for two years, and is currently on the board of Maine Center for Creativity. Meg has an MFA in Creative Writing from Lesley University and combines writing with her passion for photographing volcanoes around the world.

Justin Tussing, who will moderate the panel, is the author of The Best People in the World. He’s an associate professor of English at the University of Southern Maine and directs the Stonecoast Low-Residency MFA and the Stonecoast Writers’ Conference. His second novel, Vexation Lullaby, will be published by Catapult Press in April of 2016.

Joanne Turnbull received her MFA from the University of Southern Maine and MSW and PhD from the University of Michigan. She has worked as a family therapist, teacher, researcher, administrator, and is Executive Director Emerita of the National Patient Safety Foundation. She created Your Write Mind to help people find their creative voice and tell their stories and serves on the board of the Maine Hospice Council. Joanne has numerous publications and has co-authored two books, To Do No Harm (with Julie Morath) and The Grieving Heart (upcoming with Claire Willis).

Robin Talbot is the Associate Director of the Stonecoast MFA in Creative Writing program at the University of Southern Maine. Prior to joining Stonecoast, Robin was the Education and Community Outreach Coordinator for Portland’s Center for Cultural Exchange (CCE) where she organized cultural performances and developed and maintained a multicultural educational curriculum. She has worked on two documentary films: A Call to Action: A Community’s Dream, which outlines the struggle for civil rights in Maine, and Starting Over: Understanding and Supporting Refugee and Immigrant Experiences. She has served as a board member for Black Education and Cultural History, the NAACP Excellence in Education (Portland Branch) and the University of Southern Maine’s Multicultural Curriculum Sub-committee, Women’s Resource Center Advisory Board, and Festival of Arts and Scholarship committee.